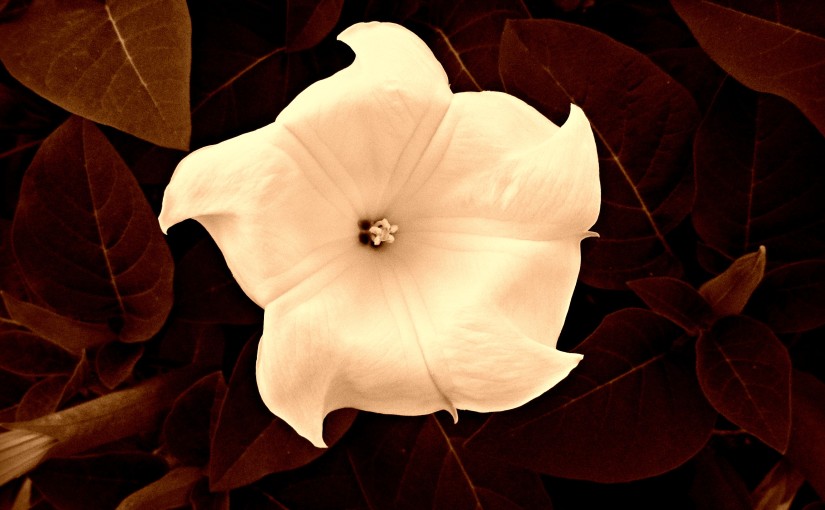 “A flower on my window sill once told me the secret of existence. I didn’t listen, so caught up in my stress-consumed life and my miserable day to day routine that the flower’s pedals of prediction failed to penetrate even the most concentrated knots of my soul. And so, alone on my window sill, the flower met the end of its short life without being heard or acknowledged. A few years later, an eight year old boy laying in a hospital bed asked me why he was dying so soon; what it was all for; why he got only eight years when there were so many who have done so much worse than he had, but had gotten so much more out of their much-longer lives. Had I only listened to that lone flower’s words, the boy would have died with an answer and a profound sense of purpose. Instead, he died feeling empty, painful, unwanted, and unimportant, just like that flower had. In the end, I was left in a dark and lonely alleyway of remorse with nothing but the discomforting knowledge that I could have spared so much pain and regret, if only I had listened to the world around me, and to a lone flower sitting in my window, heading to the grave.”