Two years ago today, Josh Robert Nay Online 1.0 was officially launched. Previously, the website had been called many things and went through many reinventions: J.R. Nay Connection (1999-2003), Gaia’s Adoration (2003-2007), space15 (2007-2009) and finally, in 2009, the final and official Josh Robert Nay Online was released. Here’s a quick overview of each of the former websites and their focuses, many of them having more included than writing! 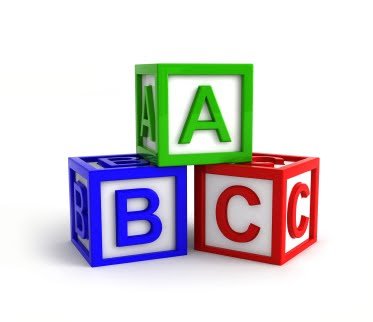 J.R. Nay Connection
My very first novice attempt at creating a website online, I honestly didn’t have my writing in mind when I created J.R. Nay Connection (JRNC). The site itself went through many reinventions, including everything from a Pop-up ad-blocking site to a site devoted to a combination of different types of computer software. Writing was only present on the site in small doses, most of it technical. In 2003, the site was no longer updated, but a few early versions of these sites remain on the internet.

Gaia’s Adoration
Named after a future novel I have planned, Gaia’s Adoration was the very first site completely devoted to my writing and all that it implies. The site was originally green, yellow, and white. Later, it became green and blue. Seeds of the Future first appeared on Gaia’s Adoration, just before the site was revamped as space15 in January 2007.

space15
Sporting a peculiar name, space15 got its name due to the fact that the 15th of November is my date of birth. And of course, the website was my space. The name itself was something I came up with over a few cups of coffee and probably more time than I probably should have spent. Even so, it remains a standout version, as it was the very first version to feature Forums (a feature later removed in Josh Robert Nay Online’s June 2011 version), free poetry, and also featured news and other content. After a short two-year life, and after I had made a commitment to my official pen name change from Jay Roberts to Josh Robert Nay, space15 was completely scrapped.

JOSH ROBERT NAY ONLINE
September 2009 was filled with one surprise after another. I was still working on compiling the poetry that would later appear in A Lover’s Garden, which did not have a title at the time of the website’s conception. It was also a time when I faced the difficulties of an economy gone sour and saw my sales plummet to the point where I was making very little at all, a trend that unfortunately ended up cursing A Lover’s Garden during its important launch date. Josh Robert Nay Online was really my answer to my own crisis and it worked, but not well enough to prevent chaos from taking over my life. However, after working on it for another year, the site began to improve.

And with the new launch in June 2011, site traffic has been at its highest in history!

Thanks to those who have been with me since the beginning, from Gaia’s Adoration to Josh Robert Nay Online, I look forward to continuing this positive trend, especially with the impending launch of my novella Wynx in the near future.

Here’s to another twelve years of very happy trails!!!